Son #2 (he that is called 'Ryan') and I are heading down to Chicago for a day and a night and a day today. We are visiting MBI (Moody Bible Institute, for the uninitiated), my alma mater.

It also happens to be the place I met and fell in love with my son's mother (she that is called 'Doreen').

I'm not sure what's going to come of this trip, but one never knows if my son will be taking a similar trip with his son in 30 years.

That scenario is actually not that far-fetched: 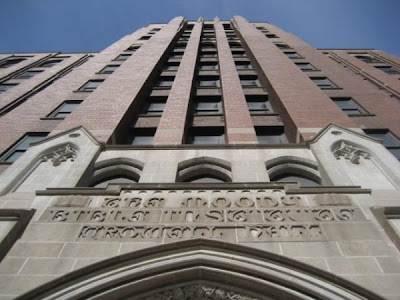 Posted by Graham Blaikie at 9:41 AM