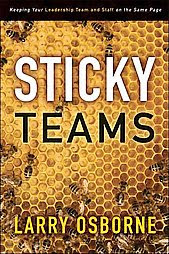 I've been reading some great books lately and each one says something about me. Because, it is all about me.

* Jane Eyre shows that I really am quite the romantic, despite rumors or appearances to the contrary.

* Shakespeare's A Midsummer Night's Dream shows that I never read it in highschool and felt deprived, or perhaps that I'm just longing for summer to arrive in Wisconsin, which it finally did today.

* Paul Yonggi Cho's Successful Home Cell Groups shows that I harbor a secret wish to pastor his church of hundreds of thousands (though not even Rosetta Stone Deluxe could teach this brain Korean). Alternately, it shows that I have some required reading for an upcoming course I'm taking at Trinity Evangelical Divinity School.

* And Sticky Teams (along with Sticky Church) shows that the professor is shamelessly requiring us to read his books for the class--a brazen conflict of interest. Or, a brilliant ploy to convince us in advance that he really does have something to say. In Larry Osborne's case, it is clearly the latter.

Confession time: one of the things I really enjoy about each of Larry's books that I have read (all in hard copy and none on Kindle or Braille), is the combination of wisdom and sarcasm. This gives me hope that one day God might use my gift of sarcasm to publish something. But lacking wisdom, it would likely be short and shallow with a title like See Graham Run. The text: "Run Graham, run. The end." But the graphics would be incredible. Holographic, even.

Ok, it's Friday. And I'm brain-dead from sermon prep. And I'm doing the very thing I'm going to caution the congregation concerning: running on at the mouth, including on the internet. "Be quick to hear and slow to speak," cautions the letter from James.

So, to my point in this post. This, below, is just vintage Larry:

In many churches, the primary spiritual qualification for serving on the board or church leadership team seems to be a willing heart. Anyone who faithfully supports the church and works hard eventually finds himself or herself rewarded with a place on the team. While I know of no church that claims this as their method of selection, I know of plenty where that is exactly the way things are done.


But passages such as Acts 6, 1 Timothy 3, Titus 1, and 1 Peter 5 make it clear that a willing heart is not enough. While not everyone will agree on the exact interpretation and application of each passage, one thing is certain: the New Testament church considered spiritual maturity to be a minimum qualification for leadership.


By spiritual maturity, I mean a life that consistently exhibits the character of Jesus Christ. You'll also notice that all of these passages describe qualifications that focus on character--not giftedness, not biblical knowledge, not zeal. And that shouldn't surprise us, since some of the most divisive and self-centered people in our churches are those who are highly gifted, know the Bible inside out, and exhibit a zeal that puts the rest of us to shame. They just happen to also be jerks.
- Larry Osborne, Sticky Teams. Zondervan, 2010, p. 54.
Posted by Graham Blaikie at 3:10 PM