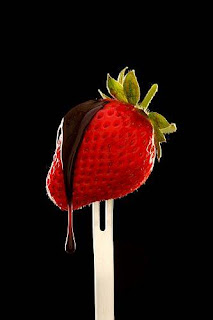 . . . The temptation to "update my status" was made all the stronger by delivery the day before of my new $599 phone upgrade, the Samsung Galaxy S II, which I got for only 1 cent. I mean, even if I wasn't enjoying my anniversary (I was), a new gizmo at such a great price is the stuff of Facebook envy. "Take that, you rotten Apple people who delight to tempt and taunt me with your Iphone 4S's and Ipad 2s!"

But I have learned that playing with one's phone on a date is never endearing to one's spouse. The minute you type in the unlock code, you might as well delete "romance" or even much shorter words from your vocabulary.

Still stronger than the temptation to try out my new phone with a status update was the temptation to pad what I call my "publishing persona." The temptation to create an image of togetherness and fun and good times that I was enjoying and others were missing out on (except my wife who, alone, would be privileged to be with me and watch me type on my phone to the world about what a wonderful, intimate, private anniversary we were sharing together!).

And therein lies the absurdity of the culture which Facebook and other social media sites have created and specialize in.

The power of the status update is that it is in real time. It says, "This is what I'm doing right now!" It says, "You're at home watching YouTube updates of Kim Jung Il ponsing around in platform shoes before his heart attack, while I'm at the Melting Pot having a Samuel Adams and steak and chocolate-covered strawberries with my wonderful wife. Point: How tedious your existence must be!"

Even if a person can only scrounge up 20 people to agree to be their friend on Facebook (I've got 21 as of today), you can guarantee that at least one of them on average will be doing something fun and enviable each day. And if they're not, they'll spin it as if they are. They'll make some utterly mundane task sound exotic and noble: "Washed the car today but managed to limit it to half a cup of water to do my bit saving the planet. Bottled up the rest of what I would have used and sent it off to Somalia."

No wonder studies show that the more time people spend on Facebook, the more unhappy they are. We get bombarded by a spun version of reality and really start to feel we're missing out. Keeping up with the Joneses just got a whole lot more complicated. It means not only having the same (or better) house and car and spouse and job and dog and phone than them. It means you've got to compete with all the other experiences and realities of a whole lot more people who are spinning them every day and every which way.

Aware of this, and feeling compassion for the masses, I managed to stop myself from updating my status.

Until we got home, that is, and sat down with the kids.

I don't remember exactly, but they were probably watching Kim Jung Il reruns. Whatever the case, Doreen's attention was diverted.

I thought I could risk a quick post without her noticing. And, if she noticed, it would be a nice one about her.

I mean, that's the least she deserves. We're as different as chalk and cheese. And sometimes I can be a right pillock. And yet here we are, 29 years later, by the grace of God, still together. And still (well, most of the time) loving it. And each other.

At risk of being accused of spin, I think that's worth a post. Maybe even two.