The men met separately quite far from the women under another Acacia tree. The Acacia is named from the Greek word, akis, "thorn."

The old men began by clearing the area where they and we would sit from thorns using their sticks. Even the young men carry these sticks everywhere, along with the tiny little wooden stools complete with their leather handles (you never know when you might need to sit down). This is an accessory for men; the women just sit on the ground. 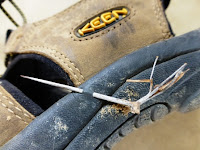 When I got back to SEND Center where we were staying, I took off my sandals to get the sand and small pebbles out of them. A two to three inch Acacia thorn had pierced the outer rubber of my sandal. One of the girls had a small piece of one break off painfully in her foot, which became infected. 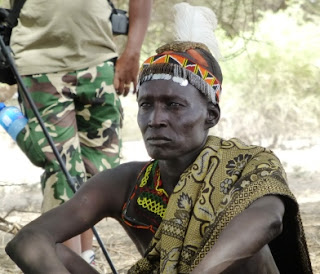 A lot fewer men than women came to be taught. In this patriarchal culture, the men have the power and so it is essential that the men also embrace the gospel and understand its implications for male-female relationships. This is slowly starting to happen, and the status of women is improving. 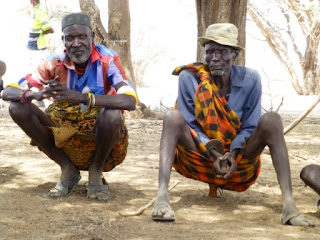 At another village, a young man from the Nairobi team was talking to the men. They asked him if he was married and refused to listen to him since he was not. One of our team members, Chris, got on his knees and begged them to listen to this young man's story. They did. 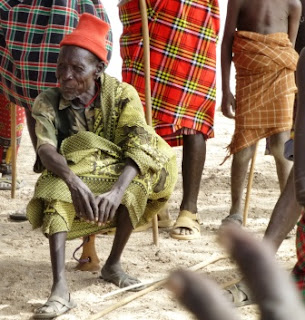 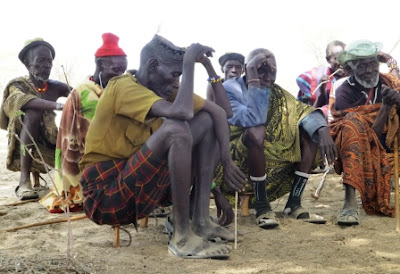 Posted by Graham Blaikie at 8:35 PM